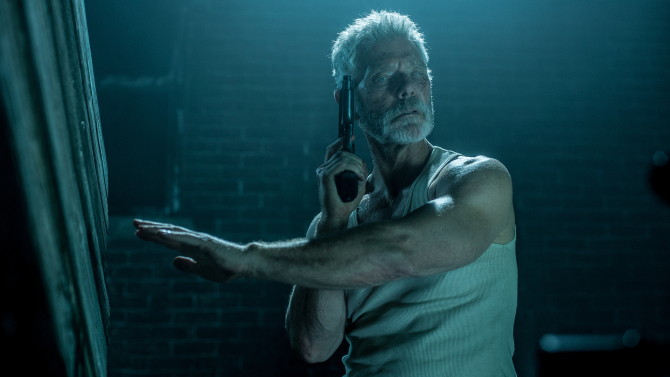 Fede Alvarez returns to his trusted horror format with “Don’t Breathe” after his relative success of the 2013 remake of “The Evil Dead.”

“Don’t Breathe” is distinctly no frills in respect to the “The Evil Dead’s” more considerable budget. This film follows three friends plan to burgle the property of a blind war veteran. He apparently has vast sums of cash in his home from a legal pay off due to his daughter dying in a road traffic accident. On paper the job looks a simple one.

Using the form of blindness as a tool of terror is not exactly ground breaking with films like “Julia’s Eyes” & “Wait Until Dark.” But what Alvarez does in this stripped down horror which oozes psychological tension is not to be sniffed at. It’s ruthless in its execution and nasty in nature by its  claustrophobic setting.

The back story for Stephen Lang who plays the blind war veteran. Is woefully underexposed, you can’t help but feel that with an extra 5 minutes telling his story could have only heightened the horror in this flick.

You can’t help but feel that Fede missed a slight trick with playing on the Veterans need to replace his dead daughter. Now that aspect would have been most chilling had it of been used with more intention.

The most engaging of the burglars is Jane Levy who plays ‘Rocky.’ You have genuine sympathy for her situation as she attempts to lift her young sister out of poverty and start a new job by carrying off this heist. Rocky provides the mirror connection as the film evolves mostly through her eyes. Her range of emotions are in shift across her face with every impending moment of dread.

Darkness can be our greatest fear and Fede plays on that aspect with a large part of this film shot in the pitch black. We see the characters utter terror through the lens of night vision which heightens the sense of impending dread to new levels.

Costing 9 million to make which is half the budget of the “The Evil Dead.” It’s already a cult classic stateside.

This film will terrorise you as contemplate that what would you do scenarios in your head. A must watch for horror lovers.

Keep up to date with DistractTV 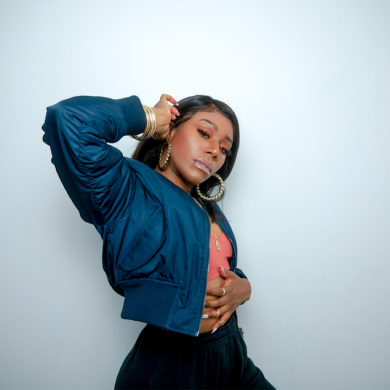 Carla Monroe chats MK and dream collaboration Mariah Carey
We use cookies to ensure that we give you the best experience on our website. If you continue to use this site we will assume that you are happy with it.Ok