AS1A (Masia One) is that 1 in a million. Born in Singapore, grown in Canada, earned her stripes in America and became inspired by her time in the Caribbean. Now this artist is reconnecting with her roots in Asia and re- emerging as the Far East Empress.

After graduating with an honours BA in Architecture from the University of Toronto, Masia One told her Chinese parents she intended to become a rapper. She set out on this unlikely path and succeeded in working with international greats from Pharrell, John Frusciante, Che Vicious (G.O.O.D. Music, Kanye West, Jay-Z) to Hong Kong Actor and pop star, Edison Chen. She toured and performed in over 20 countries and has headlined festivals such as Burning Man, Laneway, Ultra Music Japan, Pink Dot, Singapore: Inside Out (Australia) and most recently at Singjazz – setting the stage for her hero Lauryn Hill.

On the cusp of releasing her new album named Far East Empress, her video Time Wastin’ is catching the attention of international and local audiences alike, as she shares for the first time her Asian inspirations.

Artist, Entrepreneur, Songwriter, Arts Educator, and Creative Director, Masia One truly defines her Queendom and continues to add to her impressive credentials that make her a true international Empress.

We will leave you with track ‘Oh Na Na’, a Tropical Pop + Dancehall song about being in love with a Gyalis. (Gyalis is a Jamaican term for a playboy that has many lovers.)

Oh Na Na is the follow up single to Masia’s summer smash ‘Time Wastin’ and the message is empowering as the artist describes how she is not down to be disrespected, but admits toward the end of the song that she still has a soft spot for him.  The beat is produced by Tokyo Bass powered duo Part2Style, known for their signature “Future Ragga” sound. Together, Masia One and Part2Style’s Mal P and Nisi P, are the emergence of Asia’s next sound, influenced by Dancehall and Hip-hop but bringing their own unique and distinct flavour. This is a track forget all your troubles and dance to the infectious rhythm and Masia’s lyricism cleverly navigates through the tempo.

For more on Masia One go to : 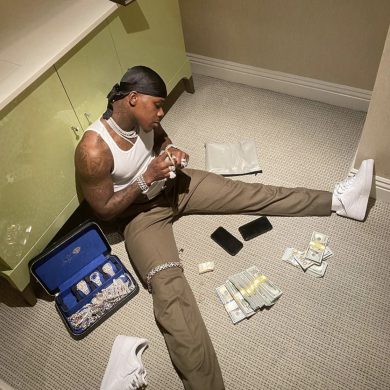 DaBaby is a “RockStar” with Second #1 Album
We use cookies to ensure that we give you the best experience on our website. If you continue to use this site we will assume that you are happy with it.Ok