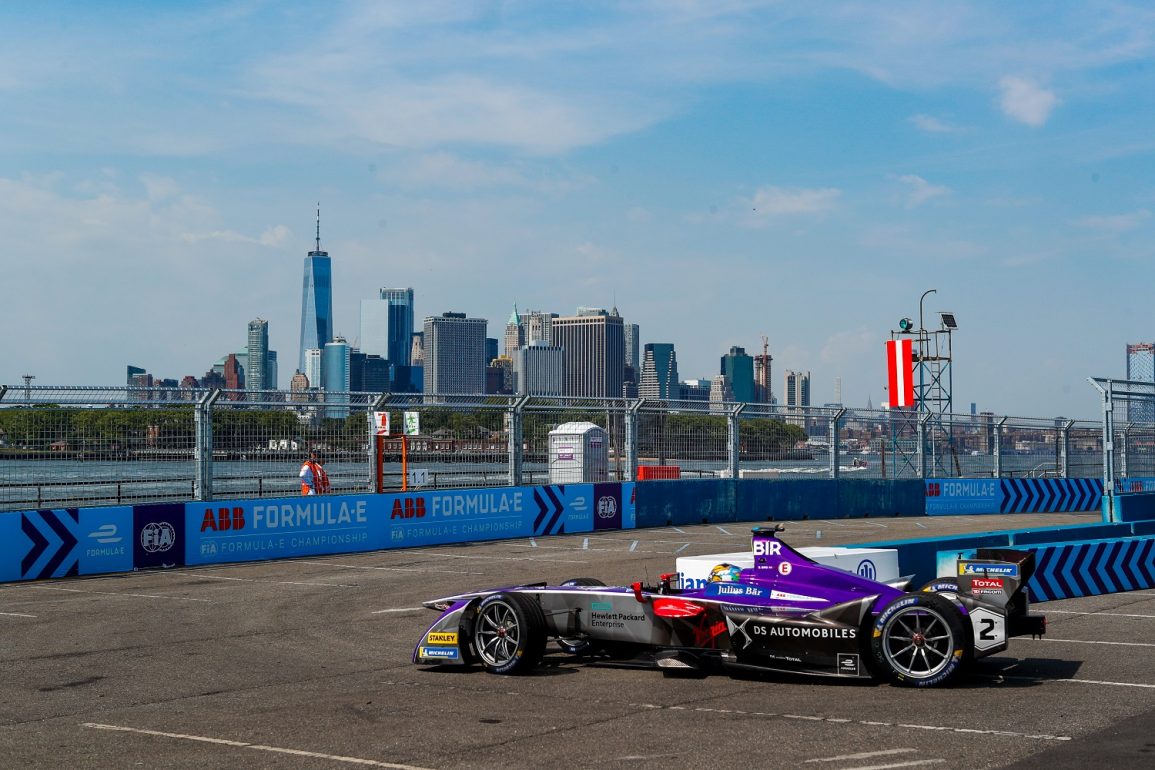 Racing For A New Generation

One and a half miles of track is situated on the cruise terminal on the Red Hook waterfront in Brooklyn with lower Manhattan as the backdrop, Formula E came back to NYC bigger than ever. This is an electric version of Formula 1 tailored towards a more urban crowd that embraces new technology and is environmentally conscious. As the shift from gasoline burning cars to electric ones has become more mainstream Formula E found its audience.

Formula E has endured steady criticism from Formula 1 devotes because of how the cars aren’t fast enough and that they don’t make much noise. But it’s because of those traits, not in spite of them, that the series was able to pull off this historic feat. The lack of aggressive engine noise from the electric motors (and the lack of emissions as well) is a huge reason why Formula E is able to race in the hearts of cities around the world.

The electric cars look like their Formula 1 brother but are all electric and run completely on batteries. The technology behind the cars makes them competitive to their Formula 1 counterpart hitting top speeds of 200 mph. Twenty drivers from 10 teams, including newcomers Porsche and Mercedes, will compete with drivers and teams from all over the world. Each year the race will get faster as the new generation of Formula E cars with more efficient batteries debut, innovation that will also make its way into the electric cars of tomorrow: “One of the things motorsports have done throughout history pushes the consumer market, whether that’s testing new technology in the cars or building general interest in EV vehicles.”

Formula E CEO Alejandro Agag spoke with us before the race about the mission of the Formula E, “The whole purpose of Formula E is to get the fans closer to these new technologies, especially the kids,” he said. “When they come to Formula E, they visit the future. They imagine their future. They say, ‘when I’m older, I want to have an electric car.” This year was the last year that the teams would need to have two cars because the new model of car will debut next year that will allow it to run the whole race on one charge.

The Allianz E-Village was a showcase of the newest technology from Audi, BMW, Jaguar, and ABB. The forefront of technology was the theme with a focus on environmentally friendly and sustainable energy sources. Formula E is about pushing the bounds of technology forward for the next generation of fans and driver.

Audi Sport’s Lucas di Grassi, 33-year-old Brazilian racing champ from the Formula 1 circuit, took the top place of the podium for both races. The champion of the Formula E series of the year was Jean-Eric Vergne, the first Frenchman to be crowned a Formula E champion. He raced for a newcomer to the racing world, Techeetah. Techeetah is a Chinese motor racing team under the ownership of SECA – China Media Capital that competes in the electric racing series. As the only non-manufacturer team in the championship, Techeetah has had very limited testing opportunities, and has had to rely on the skill of the entire team to create a race-winning package and earn the reputation of ‘The Giant Slayers.’

“What can I say. This has been a wonderful season. Against all the odds, we have built a team that is capable of taking on the best manufacturers in the championship and compete right to the very end. To miss out on the Team Championship will hurt for a little while, but takes nothing away from what we achieved and from winning the Drivers’ Championship. To do the double would have been the icing on the cake but nevertheless, this gives us more fire in our belly in our preparation for next season,” said Mark Preston, Team Principal.

Last years champions, Virgin Racing, set out on a new collaboration his year combining art and racing. Kaspersky Lab and British street artist D*Face are set to unveil the first-ever ‘art helmet’ design at the Formula E finale in New York this weekend. The ‘Save The World’ helmets will be raced by DS Virgin Racing’s drivers, Sam Bird and Alex Lynn as they traverse the New York street circuit during the final races of the Formula E season. The announcement signals the first ‘art helmet’ by a Formula E team, continuing and celebrating the heritage of art in motorsport and the cybersecurity brand’s commitment to contemporary art, creativity and innovation, D*Face took inspiration from Kaspersky Lab’s tagline ‘A Company To Save The World’ and hopes that his colorful work will inspire people to take positive action in helping to ‘Save The World’. As part of the innovative partnership with Kaspersky Lab, D*Face will announce his first-ever art car design with a custom-made livery for the DS Virgin Racing Team. Its design will be released at the “Art Goes Green” event after Saturday’s race. The specially commissioned helmets and art car are the latest installations in the ‘Save the World’ collection, following a major permanent public mural that was installed in Brooklyn, New York this past May. 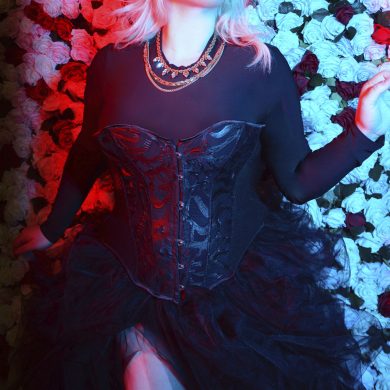 US Pop Singer Royse Chats New Music and Post Malone, on Set
We use cookies to ensure that we give you the best experience on our website. If you continue to use this site we will assume that you are happy with it.Ok