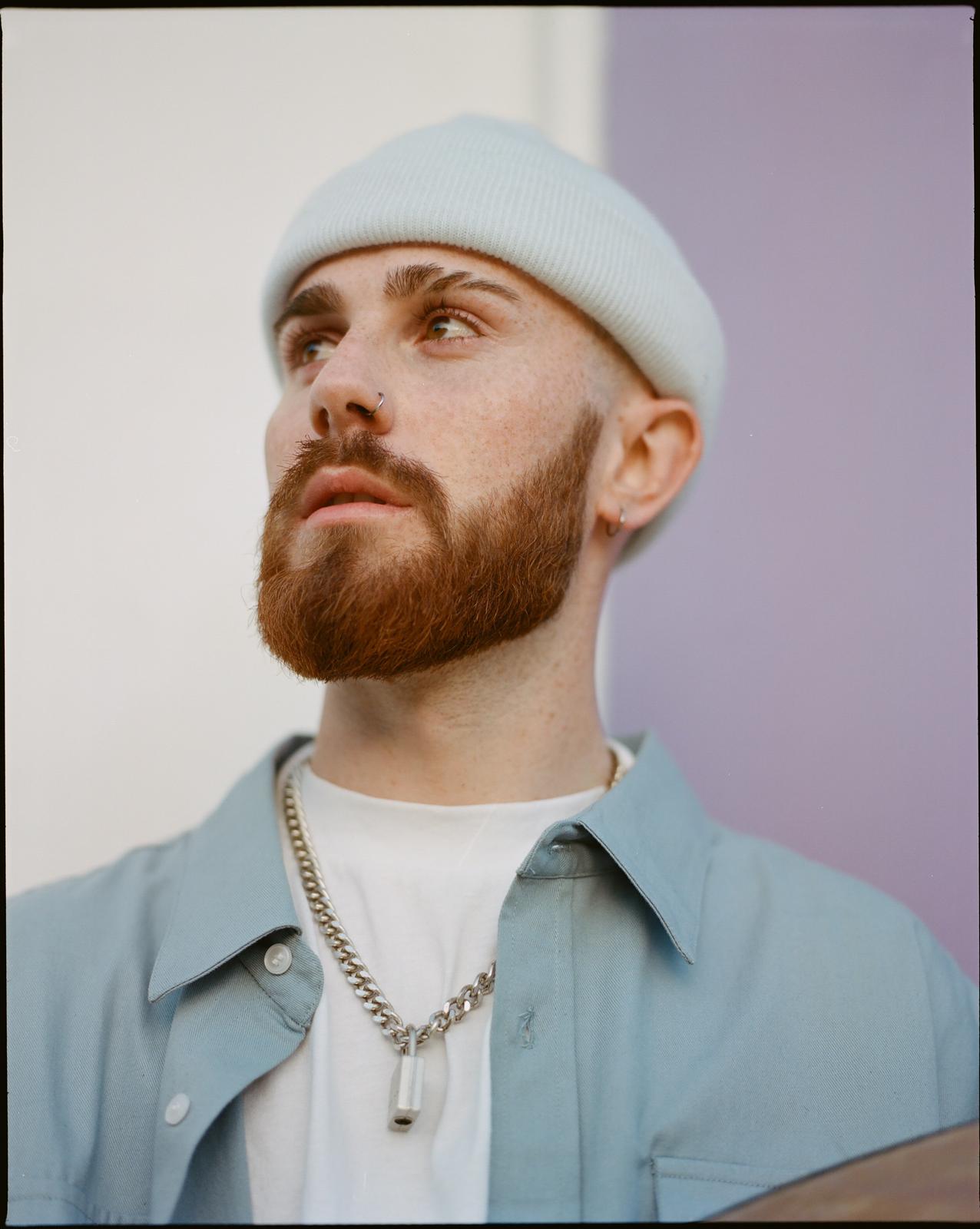 Singer-songwriter Sam Tompkins has quickly secured a place in his listeners’ hearts, thanks to his honest lyrics and amazing vocal range. His music is reminiscent of 90’s R&B, with a contemporary twist. He doesn’t hesitate to open himself up to his audience about sensitive topics, showcasing a great level of lyrical maturity at only 22 years old. Since signing to Island Records he released his debut EP From My Sleeve To The World last year which quickly racked up over 12.5M streams. We get to know Sam in a quick one on one Q&A session.

1. To kick things off, who is Sam Tompkins?
Hey. I’m Sam Tompkins. I am a 23-year-old singer/songwriter/musician/producer type person from the south coast of England and I make music you can cry to.

3. You just released the EP, isolation diaries, which you sef-produced/self-wrote during quarantine. Tell us about what it means to you and is there a lyric that especially stands out?
I can’t take credit for that totally… one of my greatest friends on earth helped me produce it. His name is Oshi and he is a genius. In terms of songwriting though… I think my favourite line is “I draw lines too quick, but I know what’s underneath them”.

4. Who is your biggest influence & why?
My biggest influence is probably my dad. It’s not so much that I try and model myself after him and do it consciously… I just sometimes look at myself and think “fuckin hell i’m just like dad”, so i must be influenced by him.

5. If you could collaborate with any artist, who would it be & why?
I get asked this question a lot and my answer always changing… Right now in this moment in time, I would have to say J. Cole.

6. Besides music, what are you passionate about?
Equal rights.

7. What motto do you live by?
Tell your friends you love them while you still fucking can.

8. It’s refreshing to see you’re exceptionally honest on Social Media.  Where would you say it stems from?
I am actually not really sure. I ask this to myself quite often. It’s a great question. I think I’ve just always believed in speaking my mind and not being too worried. I am also quite ridiculously impulsive and don’t really evaluate risk until after I’ve done something too, which definitely helps/makes things worse, whichever way you look at it.

9. You recently started your virtual world tour with Live Nation. How’s that been so far, compared to actually being on the road? It wasn’t the same at all, but it was something. I still felt connected to the audience, but it was a painful reminder of the stuff we are all going through right now.

10. Do you have a pre-show ritual… What is it?
I can’t even remember it’s been that long. Nah – I basically do the most ridiculous 20/30 minute warm-up, drink nothing but lemon and ginger tea and take the piss out of various members of my band. (In a nice way sort of)

11. If you could be on a physical tour right now, which city/venue would you be looking forward to?
I wouldn’t have one. Every city is genuinely so unwise and special. I do love a hometown show in Brighton though.

12. First thing you want to do when quarantine is lifted? (besides tour 🙂 Hug my mum.

13. What’s the one thing you can’t leave the house/hotel without? (other than keys, wallet, phone 🙂
A bag to hold them all in.

14. At Distract, we also cover fashion and entertainment… So tell us, what’s your favourite brand to rock? Guilty pleasure tv show?
My favourite brand to rock is *puts on classic American teleshopping voice* my sam tompkins merch available for shipping worldwide from samtompkinsmerch.com – I am also a slut for vintage Nike clothes that I can find in online/offline thrift stores. Guilty pleasure TV show is Scrubs at the moment.

15. If you could have one superpower, what would it be?
It would be the superpower to eat dominos and not feel like absolute shite afterwards.

17. If you could donate a million dollars, who/what organisation would it be and why?Stephen Lawrence Charitable Trust 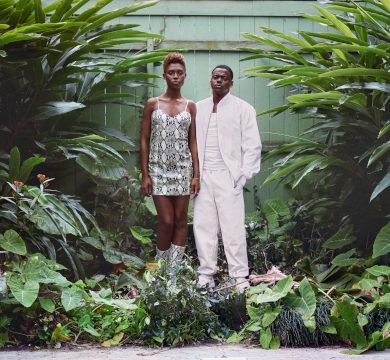 Stay Woke: 8 Must-Watch Social Justice Movies, Docs & Shows
1
We use cookies to ensure that we give you the best experience on our website. If you continue to use this site we will assume that you are happy with it.Ok