North London’s own Shaqydread (above left front), released his new E.P tittle E.N.A.A. just over a month ago now. Ok, I’m a little late getting to this out but I believe in sitting with a piece of art and letting it submerge into the mental before offering any kind of meaningful critique / review of a piece.

Shaq kicks off with an intro which gives you a clear insight into the way he sees his position inside the UK rap scene. It’s no holds barred as he raps “World on my shoulder, people moving slithering, snake, cobra, loaded lux with these bars, game over”  It’s the aggressive delivery and witty word play that creates the gritty imagery that pulls you into his world. The beat is melodic speak on it melody that allows Shaq to set the scene.

On “Wondering” Shaqydread displays his vocal range with this hybrid trap / R&B inspired Wizzy Wow production. It’s got that clap and is well accompanied by that kind of heavy 808 beat that has you flexing. Shaq muses in his first line “She just wanna be friends, but I f****** on the weekend, now she rolling with a new benz, now she rolling with a new man, now she’s trying to do the whole gang”. Shaq then drops lines depicting the fact that she’s got something that still keeps his mind occupied. Fact is some women will always have the man dem Wondering.

“Soul Trap” has elements of that classic soul from the sixties with that call and response element. This is evident when the hook kicks in. “Soul Trap, Trap Soul, girl show me what you into, trap soul, soul trap, I just wanna get in you”. This is one for the summer, the beat is just sunshine vibes and carries a flavour reminiscent to the finer new wave R&B that’s coming from the states but Shaq keeps it 100 with clear British distinction.

“Personal” features the beautifully seductive vocals of Anaya Indya she kinda makes me think of an early Mya with her delivery. Anaya’s voice is frankly stimulating pause I’ll say no more on that. Shaq sure can pick em and they fit together well over another Wizzy Wow production that allows both voices to paint the canvass with love making sounds.

“Sexy Dab” is the stand out track for me on this Ep, as soon as it begins you feel the atmospheric good time vibes combined with Shaqs playfully lines. It’s all about flexing Sexy Dab and that. Shaq drops lines like “she looked like Beyoncé, I see her on her best day, she blow my candles like a birthday, a bit of retail therapy, said she can’t get rid of me”. This is another summer screamer and has that authentic feel like Shaqydread just had loads of fun creating this one with his team. Again Wizzy Wow creates the back drop with more impressive productions credits.

“Changes” Finds Shaq in a point of introspection as he surveys the environment around him. Breaking down the types of things he’s seen from Kids having babies, the shoot outs on the block to the alienation that’s felt by inner city youth. This track shows that Shaqydread is in fact a very rounded artist with the intelligence to articulate his vision.

All in all this 6 track Ep is a solid from Shaqydread with a solid production and a neat feature slotted in also. I’m going to keep an eye on this young cat. 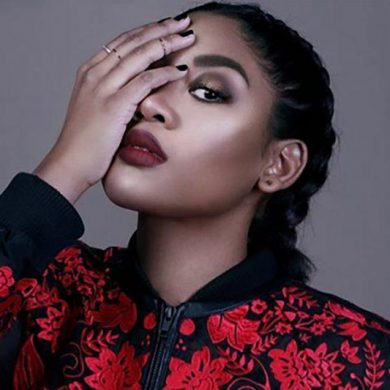