Distract FILM💯:: Our 1 to Watch-Django Unchained 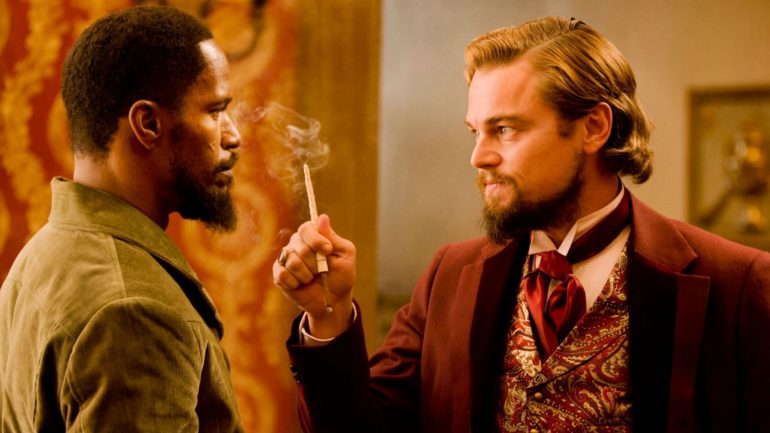 Quentin Tarantino  writes and directs the epic western which could well be a classified as a Southern. QT has dabbled before with a spaghetti western in form of Kill Bill. Django Unchained is a full blown western.

The film kicks off with Jamie Fox who is a slave chained to a group of men, who are being mercilessly dragged barefoot through a forest at night by their captors. Christopher Waltz (Shultz) who plays a bounty hunter frees Django and the other men. His reasoning is that he can help him identify some outlaws who he is after.

After Django helps Shultz get the job done he opens up to the bounty hunter about his past and the kidnapping of his wife (Hilda) who was also sold into slavery. Shultz is a compassionate man and feels somewhat responsible for Django. He agrees to teach him the art of bounty hunting and aid him in the rescue of his wife. In return Django must help him throughout the winter.With the help of Shultz Django goes from a timid slave to a smooth and accomplished bad ass. Learning to read in the process the transition is triumphant.

Tarentino and violence go together like rice & peas, its mortal combat type extreme. Never has seeing someone’s head blown apart been so graphically entertaining. The brutatality depicted in this movie reflects the times. The tragedy of the slavery period in American history portrayed by Tarrentino is unapologetic. 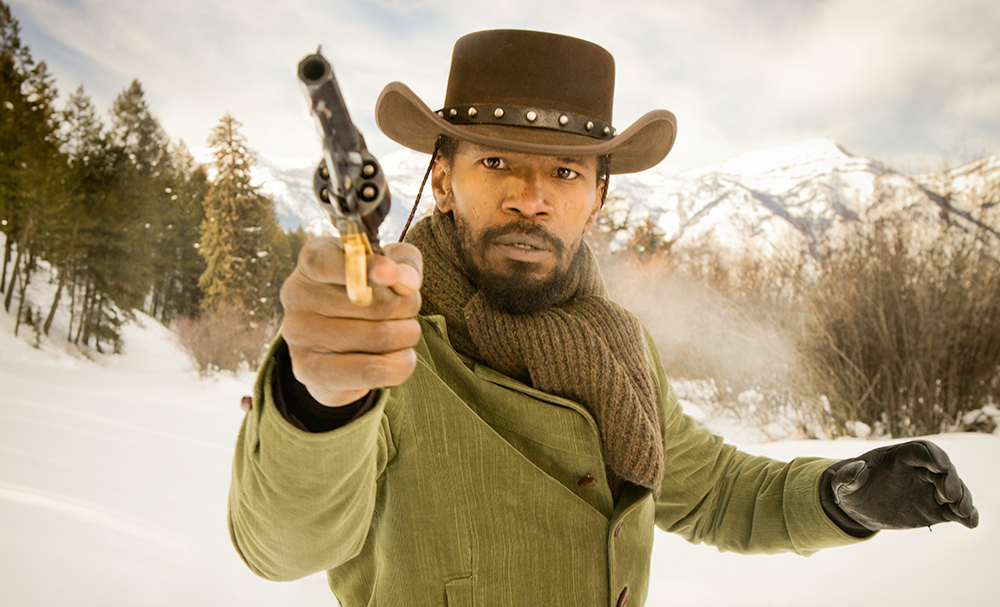 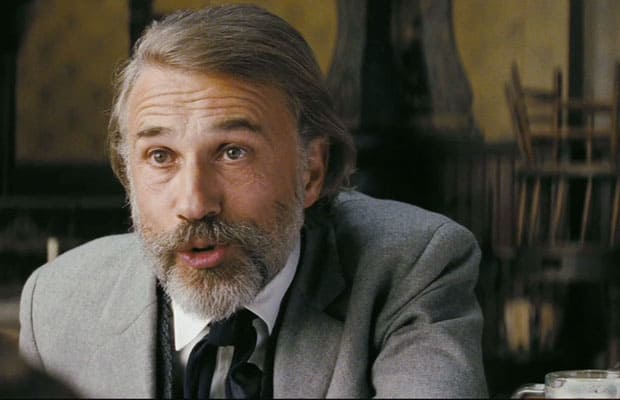 Leonardo Dicaprio puts a capital D in dick in his role as Calvin Candy a slave owner. Being a Hollywood golden boy, he’s perhaps the last person you’d expect to see cast in this type role. Culture shock? I think so. DiCaprio is often brilliant and in this he makes your stomach turn with majestic turn as this villainous character. 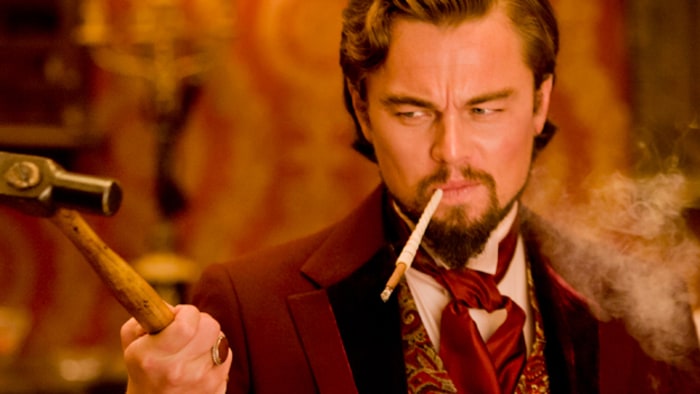 Enter Samuel L Jacson who takes it up another notch. He plays a house slave called Steven. He really works as Calvin’s closest confidant and the actual brains behind the Candy Empire. Steven is the definition of a brown noser but also highly outspoken as he’s quick to comment on Django in disgust as he rides in on his horse absolutely unheard of at that time

The cast is glittering, Samuel L Jackson is just brilliant and steals every scene playing this grippingly deplorable character. The same can be said for Waltz and DiCaprio so we’re faced with 3 fine actors going back to back in an actor master class. It could have been a sloppy mess but it worked as a stroke of genius.

Jason Naylor’s Mission to Spread Hope and Love Through Color

Tarrentino flicks are known for their long playing time. I never looked at my Iphone as every scene had its place. There is no doubt that the QT golden age came during the period of Reservoir Dogs and Pulp Fiction era. In my opinion he still has it big style. Great Dialogue great characters. Everybody brings there bad ass A game to the party.

Part bounty hunet quest, mixed with a journey of Liberation and Justice. Hats off to Tarrentino he does the damn thing!!

Don’t fight the queues – get this on Amazon. 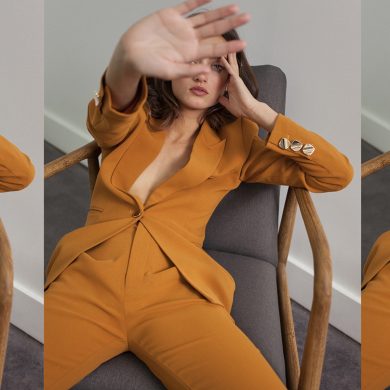 Photographer Spotlight: Juan Carlos Ariano
We use cookies to ensure that we give you the best experience on our website. If you continue to use this site we will assume that you are happy with it.Ok