BE IN THE KNOW: Meet NEW 4 piece indie-RnB band ‘Blushes’

You may not have heard of these guys yet but you definitely will. Blushes are a 4 piece indie-RnB band based in Aylesbury with the contemporary mix of male and female vocals from all members of the band.

Host Daisy Maskell caught up with the guys post rehearsal at a secret location in Londons Soho for a chat about all things Music!

The quartet was formed initially in 2016 and worked hard to experiment and expand of their mix of sounds, drawing on their varied individual influences of Post-Punk, RnB, Jazz, Pop and classic Indie Rock.

This unlikely blend of musicianship has formed songs that make a point of innovating yet stay memorable.

Blushes have been invited by the producers of both London Live and BBC Radio 1 to feature on their platforms. Their London Live session consisted of tracks from their EP including To The Bone and a cover of Childish Gambino’s Redbone, and their session is now the most viewed from an unsigned artist on their platform 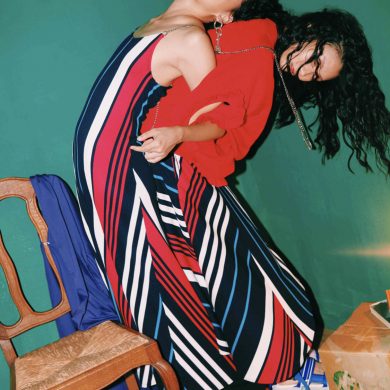