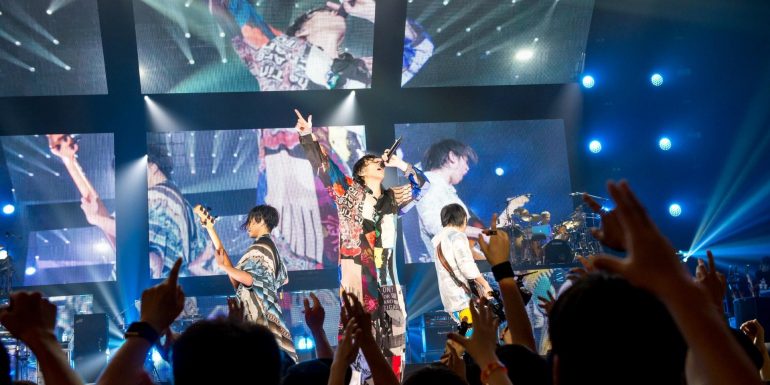 Share
Having been ensconced in the studio recording material for their new album “ANTI ANTI GENERATION” (pronounced “an-T, an-tie, Generation”) due later this year, Japan’s foremost alternative-rock outfit RADWIMPS (Yusuke Takeda / bass, Yojiro Noda / vocals and guitar, Akira Kuwahara / guitar) will pre-empt its release with a stunning visual for ‘Sokkenai’,  once again portraying the band’s knack for an infectious melody and emotive delivery.
If you dont already know who these guys the time is now- we go one on one for an Exclusive chat!
Q. So to KICK it all off who are  Radwimps? in three words only
Akira Kuwahara: Not so cool but cool… (that’s five words…) 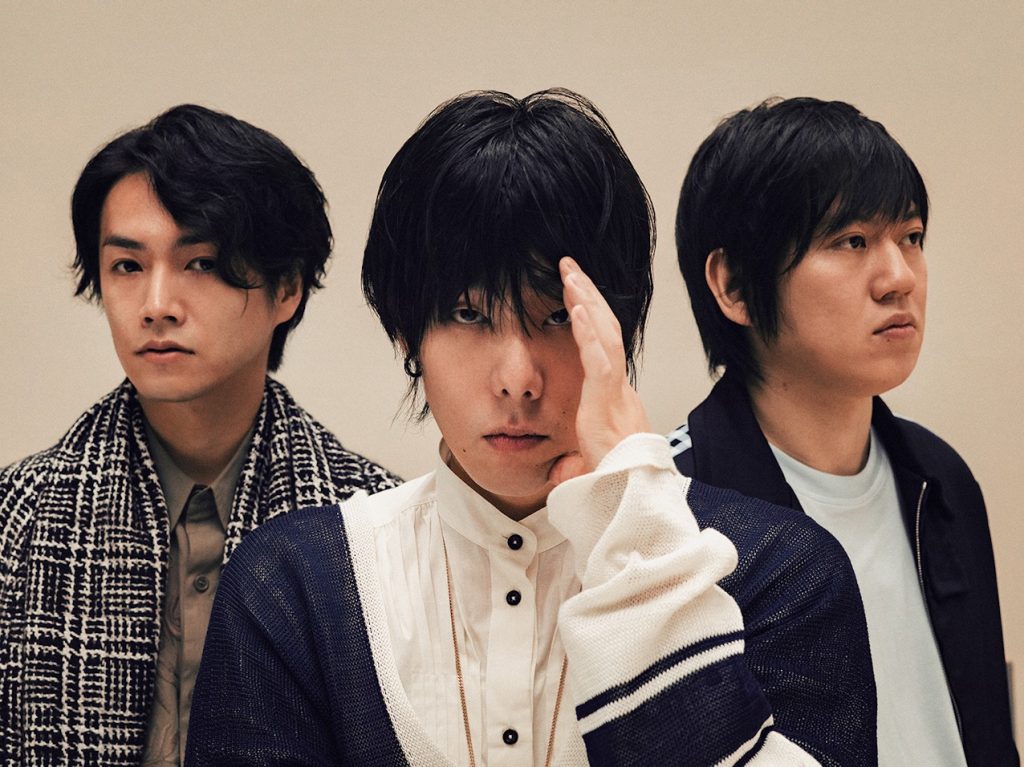 Q. Who did you grow up listening to and what are you listening to right now?
Yojiro Noda:   Growing up, I listened to ​Radiohead, Bjork, Elliot Smith, The Flaming Lips, John Frusciante, Ringo Sheena and Chara. I tend to get influenced by female singers. I think it’s because it’s something that I cannot be. Also I like neutral, genderless voice and music.
Akira Kuwahara:   ​I was influenced by Red Hot Chili Peppers and Oasis but I like all bands. Personally, I was a fan of Mr. Big. I admired how they played their instruments so fast!

Yusuke Takeda:   ​Red Hot Chili Peppers! When I first started playing bass, I listened to all music that bass part stood out like Jaco Pastorius and Marcus Miller.

Yojiro Noda: Right now, Kendrick Lamar, J. Cole, popular American rappers like that. And Japanese hip-hop is getting really interesting nowadays. I collaborated with a guy named 5lack, and he’s an interesting one. There’s so many great artists. There are so many people, maybe not the same as us, but R&B artists trying to combine many different elements into their music. Like Anderson Paak. He’s an influence for me.
Q. If you could work with any other Producer/ Rapper/ Singer on a record who would it be and why?
Akira Kuwahara: Red Hot Chili Peppers, Coldplay and Mr. Big. I hope to work with them someday!
Q. Tell us About the new album  “ANTI ANTI GENERATION”
Yojiro Noda: There’s an idea of being “anti” to the world, to society in general, that has been around for many generations. Long before we were born. Anti-war, anti-everything. But with all of that, has things changed? What does being anti do? Will that change anything? For the better? Basically, I believe in love. We need to love one another, and be by one another’s side. When I mention something like this, I get misunderstood a lot, but I still need to say it, because it’s what I believe. Especially in Japan, talking about those politics…it’s so weird that you can’t speak out loud. Only because of those differences, people hate one another. I think it’s so stupid.
Akira Kuwahara: Emotionally, I think it is almost like a rollercoaster when I listen to it. There are so many feelings touched on in one album. So I hope the listeners find the best way to experience for themselves. They can listen to it alone, or with friends, or at a party. I think it’s a very good album.
Yusuke Takeda: I hope it can reach a lot of people. It’s a very eclectic album, and every listener can probably find a song that can reflect the day they are having from this album, something that will match their feelings. I think it can really give color to their lives.
Q. Your videos have had  over 190 million plays-how does that feel?
Yusuke Takeda: I think the number of views mean that so many people from around the world listen to our music, so it’s a big honor..
Q. How important is ‘image’ to you when putting together your music videos?
*Question was little too vague to answer…
Q. We have a few easy questions for  now- Pick two Celebrities to be your parents- Who?
Akira Kuwahara: Warren Buffett for father and Stella McCartney for mother. 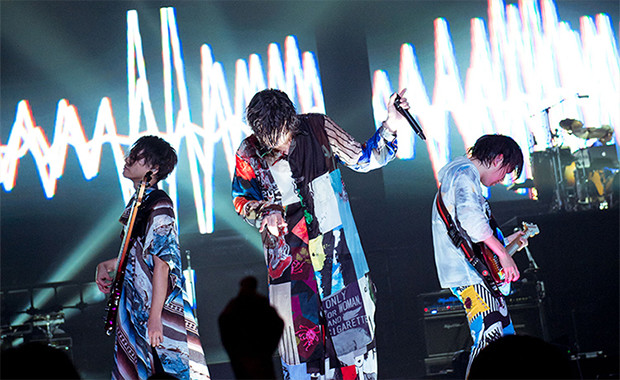 Q. Rate yourself(s) on a scale of 1-10?
Yusuke Takeda: 5
Akira Kuwahara: 5.6
Q. Whats your go too emoji?
Yusuke Takeda:  👍🏻  (thumb up)
Akira Kuwahara: It’s not a emoji but my go to is “Your Name.” stickers/stamps on LINE app.
Q. If Hollywood made a movie about your life who would you like to see play the lead role as you?
Akira Kuwahara: Andrew Lincoln
Q. Any gigs/events planned for this / next year?
Band: We’re thinking about it as we speak!
Q. Where can we find you (YouTube/Instagram/ Soundcloud etc)mm
Official website:  http://radwimps.jp/
Facebook:  https://www.facebook.com/radwimps.official
RADWIMPS  Instagram:  https://www.instagram.com/radwimps_jp/
Yojiro Noda’s Instagram:  https://www.instagram.com/yoji_noda/
Yojiro Noda’s twitter:  https://twitter.com/yojinoda1
YouTube:  https://www.youtube.com/user/radwimpsstaff
Pre-order now! https://itunes.apple.com/album/anti-anti-generation/1442510894 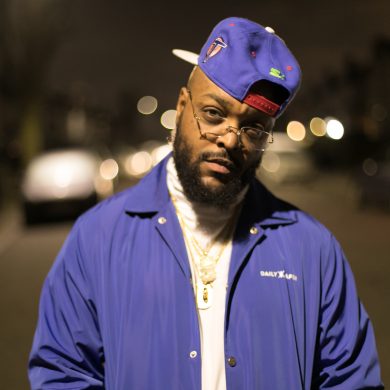 Donae’O Talks New Music, His Playlist & Collaborating With Andre 3000 & Rapper Blanco
We use cookies to ensure that we give you the best experience on our website. If you continue to use this site we will assume that you are happy with it.Ok