Modestep Chat Performing 6500 Feet and “Living For the Weekend”

Soho radio, London have teamed up with Jägermeister to bring back live recorded music on vinyl, mixed live, played live, recorded live.  The vibe was electric for one reason and one reason only -Modestep. We caught up with the guys after there live set.

Modestep’s second album, London Road, was released on 25 May 2015 and have had huge support from BBC radio 1, 4Music and MTV to make but a few.  Track LIVING FOR THE WEEKEND a callabo with Joshua Mellody. AKA Zomboy” which was also a huge smash pushing genre confines.

With five years spent on the road. “A non stop party” in the words of Modestep. “Living For The Weekend” is an anthem for anyone who cannot wait for Friday to come around.

Tony Friend, DJ and one of the founders of London based dubstep/rock band Modestep recently left the band but brother and front man Josh Friend and fellow member Pat Lundy are keeping it moving. Modestep most recently performed the world’s most epic gig, on a space net suspended from a freezing New Zealand peak, 6500 feet over an icy ravine.

With serious vocals and tight baselines I can confirm they sound better than ever!! -look out for their latest track ‘Higher’ 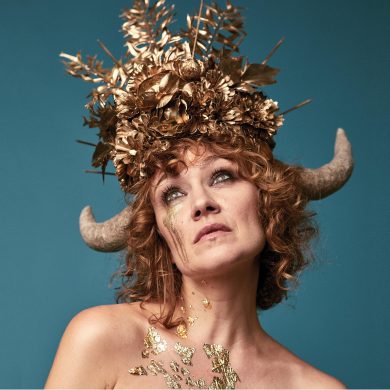 Singer and artist Dolche releases new single Big Man- a song about embracing diversity And humanity
We use cookies to ensure that we give you the best experience on our website. If you continue to use this site we will assume that you are happy with it.Ok