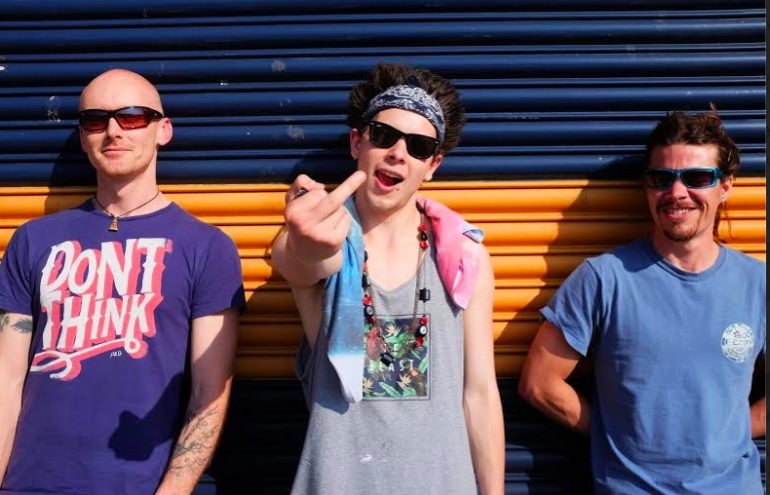 Share
Tommy & The Troubl
We caught up with P –Towns Finest, Tommy & The Trouble  for a Quick fire round.  Tommy & The Trouble’s EP “Peaceful Aligator” is Out Now.
Q & A.
1.Who is Tommy & The Trouble  (three words only)
Tom, Al, Jay.
2.Your music has been described as UK Hip Hop with a touch of Red Hot Chilli Peppers–  would you agree with this?
I would agree with this somewhat, we consider our music to be a hybrid of many genre’s- whilst we have the live elements of Al’s guitar and my vocals, Jay’s production from beats to stabby keys add elements of funk, electro, and ska to the already combined formula of Hip-Hop and Rock. We think it’s a killer.
3. We could easily confuse you for a pre- commercialised version of Professor Green on the track ‘Little Ugly Woman’. Is this a comparison you get a lot or are there other Rappers out there you would prefer to be compared to?
I can understand how that comparison can be made, and it is always a compliment to be compared to other successful human beings. Saying that, there aren’t any artists out there I strive to be compared to- if you know what I mean…
4.Who are you listening to right now?
Ratking- Canal
5. If you could work with any Singer/Producer or band in the industry currently who would it be and why?
Plan B, I would love to create a conceptual song based on the battles within my conscience. His verse would be one full of darker thoughts, and his first album changed my life.
6. Pick two Celebrities to be your parents – Who?
Eminem and Russell Brand. They’d sleep in the same bed too.
7. Rate yourself(s) on a scale of 1-10?
1- I can improve at least another 9 times over.
8. What’s your favorite movie of all time?
Tarantino & Scorsese are kings, nevertheless, Rob Zombie’s “The Devils Rejects” is my favourite right now.
9. If Hollywood made a movie about your life who would you like to see play the lead role as you?
No-one could play me better than me, so me, unless I’ve died already, then I’d pick Idris Elba.
10. If you could trade places with another person for a week- famous or non famous/living or dead / real or fictional who would it be?
Gary Coleman
11. New York or London?
New York
12. What gigs  /events do you have lined up this / next year?
Loads of video releases, loads of secret gigs, load’s of maybe’s, loads of hopefully’s …we’re building from the ground up.
13. Finally: what’s the most bizarre Youtube/Facebook/ Soundcloud /Twitter message  you have received from a fan so far?
Everyone has communicated with what I’d consider to be normal dialect, I’ll let you know when I hear some weird shit!
14. Where can we find you?
www.soundcloud.com/tommyandthetrouble
www.facebook.com/tommyandthetrouble
www.twitter.com/trouble_hq
Much love to you guys at DistractTV, we’ll see you soon for some real life fun & games!
Watch Tommy spit a few bars: 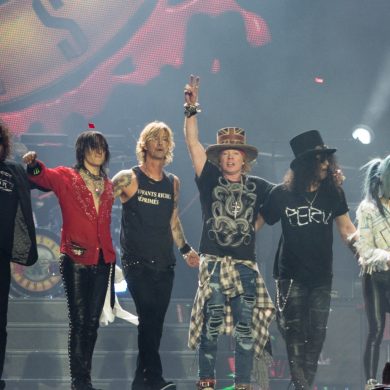 How Rock N’ Roll is Finding New Audiences Through Online Gaming
We use cookies to ensure that we give you the best experience on our website. If you continue to use this site we will assume that you are happy with it.Ok