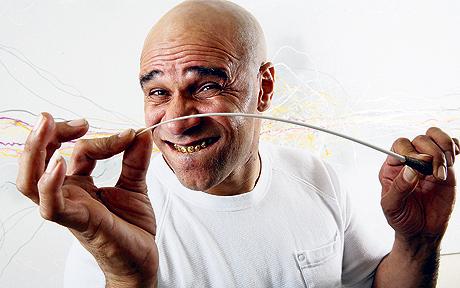 Goldie gets the Distract TV treatment at EXIT Festival 2015

He is well known for his innovations in the jungle and drum and bass music genres. He previously gained exposure for his work as a graffiti artist.

Goldie’s acting credits include the 1999 James Bond film The World Is Not Enough, Guy Ritchie‘s Snatch (2000) and the English soap opera EastEnders. He has also appeared in a number of celebrity reality television shows, including Celebrity Big Brother 2, Strictly Come Dancing and Come Dine with Me.

He is of Jamaican and Scottish heritage. He was put up for adoption and raised in child-care homes and by several foster parents.  Price was a member of the breakdance crew Westside, based in the Whitmore Reans and Heath Town areas of Wolverhampton, in the 1980s. He later joined a breakdance crew called the Bboys, and made his name as a graffiti artist in the West Midlands.

His artwork around Birmingham and Wolverhampton was featured heavily in Afrika Bambaataa‘s documentary Bombing. He took part in the largest ever British graffiti art battle alongside Bristol artist Robert “3D” Del Naja, who later formed Massive Attack. He is mentioned for his graffiti in the book Spraycan Art by Henry Chalfant and James Prigoff, which contained several samples of his art.

He moved to the US due to graffiti projects and also started selling grills (gold teeth) in New York and Miami, he continued this business after his return to the UK in 1988.  Contrary to popular belief, this is not where his nickname was derived from; it stems from an earlier nickname “Goldielocks” that was given to him during his B-boy days and subsequently shortened when he no longer had dreadlocks

For More from this Artist: 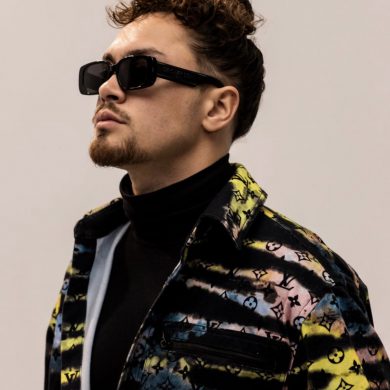 Acraze on going viral with ‘Do It To It’ and dream collaboration Kanye West
We use cookies to ensure that we give you the best experience on our website. If you continue to use this site we will assume that you are happy with it.Ok