Mad Teeth are a London based trio consisting of David Stewart, Jessica Agombar and Yash Sohodeb. Between them, they have a large portfolio of extensive writing and producer credits including Wretch 32, Example, Skepta, Chip, Ghetts, Krept + Konan, Yxng Bane and Roll Deep.

Having worked behind the scenes for years, the trio are now enjoying the creative freedom that comes from stepping into the spotlight.

The release follows the success of Mad Teeth’s previous singles ‘Saucin’, ‘Dirty Diamonds’ and ‘Underground Boogie’ which were supported by key tastemakers including BBC 1Xtra’s DJ Charlsey, Idris Elba, Rudimental and more. Mad Teeth are continuing to cement their reputation as one of the key artists to watch.

The track is topped with the infectious vocals of Disturbing London rapper and afrobeats star Kida Kudz. Kida is one of the biggest breakout stars of 2019 having previously collaborated with the likes of Wiley, Ms Banks, Octavian and Burna Boy. As well as big collaborations, Kida has also been supported by the likes of A$AP Rocky, Tinie Tempa and Twin B to name a few.

For more go to: 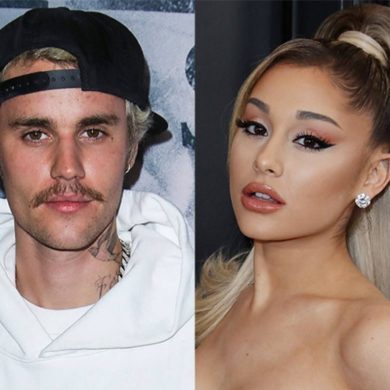 Watch: Justin Bieber & Ariana Grande Drop ‘Stuck with U’
We use cookies to ensure that we give you the best experience on our website. If you continue to use this site we will assume that you are happy with it.Ok