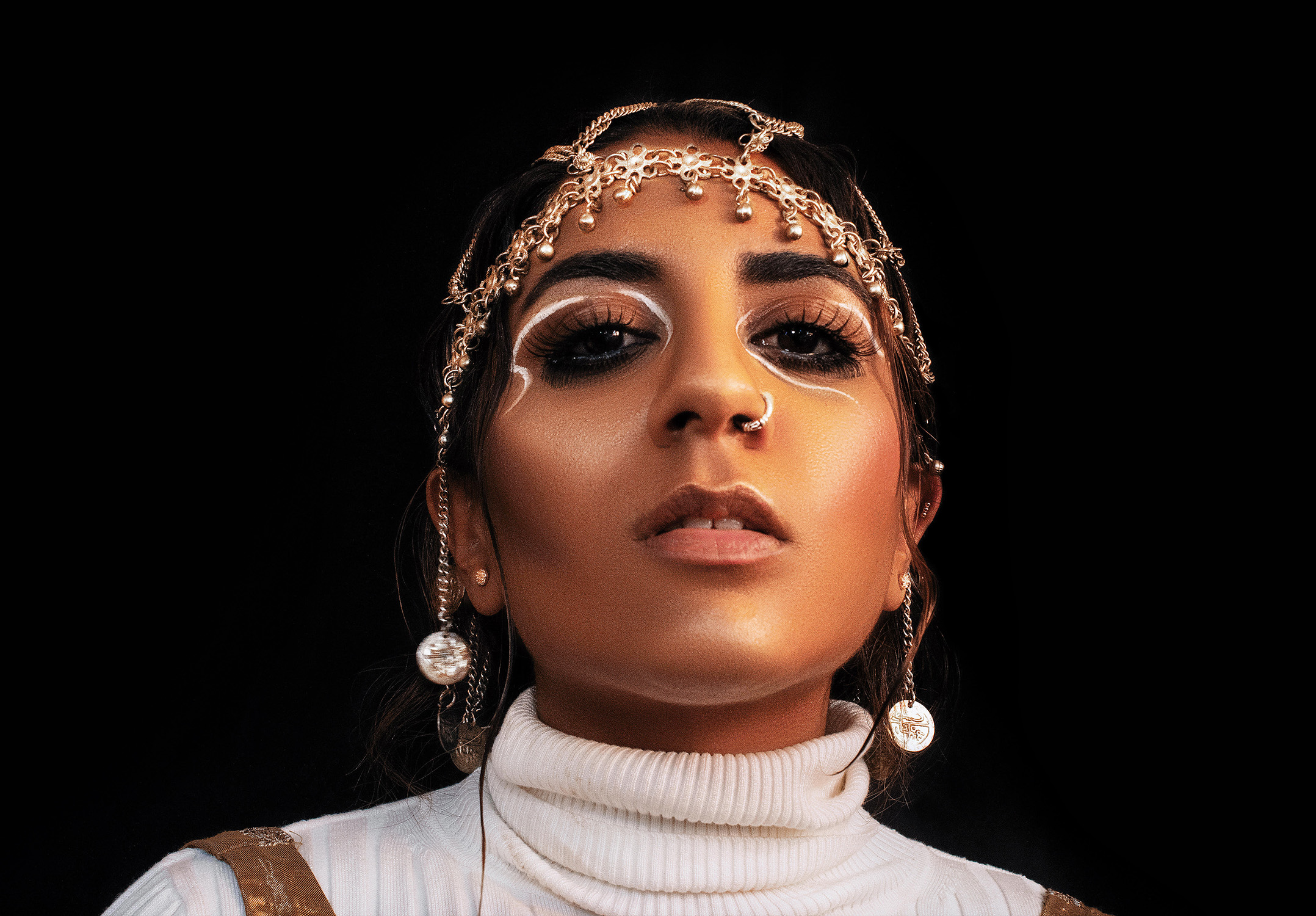 India born, California raised singer-songwriter, Zoya hopes to realize a multi-cultural and diverse future for pop music & culture, whilst illuminating her country of birth. After a four-year stint touring India, Zoya returned to Los Angeles with praise from the likes of Rolling Stone and MTV; later signing to Chicago based label and music management agency, Propelr.

Bad Girls Dream is Zoya’s new album, produced by Chuck Inglish (Chance the Rapper, Mac Miller, 6LACK) and Mark Nilan Jr (Lady Gaga, A Star Is Born). The LP includes a collaboration with up and coming rapper, Jack Harlow. Join us as we chat with Zoya, on her music with purpose.

I was born in India and raised in California. I love writing songs, nature, dancing, tequila, cities, and making music about all these things. Currently, in my career, I am more interested than ever in spreading the importance and awareness of the lack of Indian and South Asian faces in global pop music and pop culture.

2. Describe your sound in 3 words…

3. Tell us about your new LP, Bad Girls Dream…

“Bad Girls Dream” is the first full project I released since returning to the US from my four-year stint touring India and living in Mumbai. The opportunity to come back home to Los Angeles, sign with Propelr, and work with producers Mark Nilan Jr., Chuck Inglish, SMLE, and Dreux was a big leap forward for my sound and a big step re-entering the American market.

“Bad Girls Dream” takes a lot of inspiration from [fairy tale] Sleeping Beauty. I used Sleeping Beauty themes throughout the artwork, lyrics, and production. The main songwriting concepts revolve around the three wishes Aurora gets: The gift of beauty, the gift of song, and the last gift: she can only wake up and live her dream if she get’s “true loves kiss”. To me, true loves kiss means self-validation, self-love, and finally accepting all three sides of myself so I can wake up and ultimately live my dream.

4. When did you know you wanted to be a singer-songwriter?

I’ve been singing for as long as I can remember. My Dad bought me a guitar when I was 11 years old and that’s really when I combined the two and fell in love with songwriting. My acceptance into Berklee College of Music was a big moment that really shaped my musicality and ambitions as an artist. After college, Academy and Grammy-winning composer, A.R. Rahman, shared about me on social media and, almost overnight, India happened. I was so lucky to be invited to be apart of the indie scene in India at a time of such exponential growth. It was an incredible four years and if it wasn’t for India, I don’t think I would have had the courage to come back to America and do what I am doing now.

5. Who are your biggest influences & why?

In the early 2000s, my influences were artists like Norah Jones, to rock-pop bands like Paramore, but later on, when I got accepted into Berklee College of Music my musicality and influences became a bit more complex. That’s when I became obsessed with songwriters like Fiona Apple, Ani DiFranco, french-singer Camille, and a whole lot of world music. It wasn’t until the latter part of my career in India that I started to get back into a more pop outfit for my music.

6. You recently collaborated with Jack Harlow. How did that come about? And if you could collaborate with any other artist, who would it be & why?

Jack is so talented. Our managers spoke and when the song was sent to him, he loved it. He sent back his verse on “Bad Girls Dream” pretty soon after and it was perfect. He is one of the best rappers out there right now in my opinion. He stretches phrases and his wordplay is just genius. He’s a sweetheart too and it’s been so cool to watch him climb up Billboard charts and succeed wildly over the past year. Off the top, my dream collabs at the moment are with artists like Miguel, Russ, or Rexx Life Raj. They have been big influences on me lately and it would be a dream to one day be in a room with them and just create. In terms of songwriters to collab with, I’d love to write with other female artists like Jessie Reyez or Julia Michaels.

7. On your new EP, you have a track titled, “Champagne On A Monday”. Is champagne your go-to drink, on a night out? and what’s the most interesting after-party you have been to?

My go-to drink is tequila. But I did have a bit of a champagne phase for a minute. Actually, when we recorded that song we were in the studio and I told the guys I wanted champagne. Later when we were writing, we realized it was a Monday. Haha, that’s when I was like “Champagne On A Monday”!!

Most interesting after-party… there’s been a lot of that in my life, haha, but man I guess if I had to pick one, it would be when Anderson Paak and Free Nationals came and toured India; those after-parties were memorable, to say the least.

8. Besides music, what are you passionate about?

Fashion. Building my new lifestyle brand and social platform, This Is Life. It has been taking up serious chunks of my time away from music. This Is Life encourages the reinvention of what it means to be an ethnic girl in pop culture and society. The brand aims to bring awareness on the lack of South-Asian representation in global music and pop culture, whilst providing a space for women of color to converse about socio-economics, environmentalism, fashion, race, culture, and their own personal challenges, on their journey to become successful artists or entrepreneurs.

9. Take out your phone and open Instagram. Who was the last person that DM’d you?

10. Name two artists we would find on your current playlist?

11. What’s one of your favourite lyrics of all time?

OF ALL TIME? Shit. I mean there are songs like “Imagine” that are just so beyond important and timeless. I guess yeah… if I had to choose all time, it would be the lyrics to “Imagine” as an epic portrait of mankind and a perfect example of what a song has the power to do on this planet.

12. What advice would you give to someone starting their music career?

Learn the business. I studied Music Business when I was at Berklee and it was probably one of the most useful things I ever did. Definitely get your craft up there and remember that there needs to be heart and truth in your artistry, but understanding how the industry works is just as important.

13. With the uncertainty of the current COVID-19 pandemic, bringing live music to a halt, what’s next for Zoya and what can fans look forward to?

Well releasing an album during COVID-19 was a tough decision. I had to be a bit creative with promoting from my house so I have been hosting an Instagram Live series called Dream Series. I’ve been interviewing some of the most prominent and influential Indian artists out there like Karsh Kale, Prateek Kuhad, Sid Sriram, Madame Gandhi, Alok Vaid-Menon, Monica Dogra and so many more. It has been so cool to tie in the “Bad Girls Dream” theme and ask them about their dreams, and what they’ve done to chase them. So, as the Dream Series continues, I also will be putting out a lot of live performances and music videos.

14. Where can we find you on social media?

My Instagram is @iamzoya … I am most active on there, so come join in on the Dream Series or say hi. Also, listen to the album [Bad Girls Dream] cause it’s out now and available on every streaming platform! 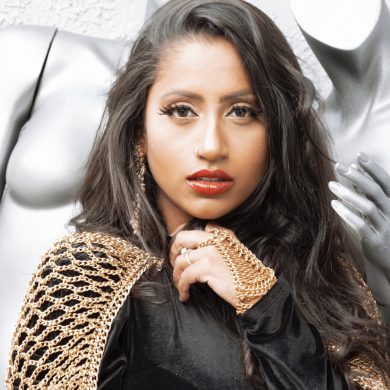 The Musical Doc on creative freedom and comparisons to Summer Walker
We use cookies to ensure that we give you the best experience on our website. If you continue to use this site we will assume that you are happy with it.Ok