Get Ready For TOMMY at The 2019 BFI Musicals!

Ken Russell’s take on The Who’s groundbreaking 1969 album is a feverish feast of unrestrained imagination. After witnessing the murder of his father, traumatised Tommy is left unable to see, speak or hear. From pinball champion to messiah, the adult Tommy (The Who’s frontman Roger Daltrey) is accompanied on his journey by some of the most memorable visuals and performances in British cinema. Tina Turner is the hypodermic-happy Acid Queen, a towering Elton John in skyscraper boots, and Ann-Margret writhing in a deluge of chocolate and baked beans. Russell’s virtuosity and iconoclasm are intoxicating while the film’s targets of consumerism, religion and deluded leaders remain unnervingly prescient.

This is rock opera as it should be; played at full volume in every sense.

BFI Musicals! The Greatest Show On Screen will celebrate the joyful, emotional, shared experience of watching film musicals; with the biggest stars, the most iconic scenes and the best-loved song and dance numbers back on the big screen.

It features a major season at BFI Southbank, BFI UK-wide re-releases of classic musicals including Singin’ in the Rain (18 Oct) and for the Christmas season The Umbrellas of Cherbourg (6 Dec), hundreds of screenings and events at venues across the UK, DVD/Blu-ray releases and more. Details here: https://www.bfi.org.uk 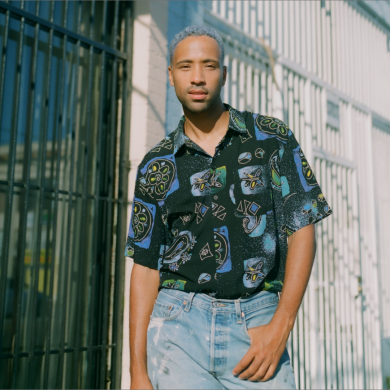 Cimo Fränkel: EXCLUSIVE Performance + Talks New Music & Writing For Snoop Dogg
We use cookies to ensure that we give you the best experience on our website. If you continue to use this site we will assume that you are happy with it.Ok