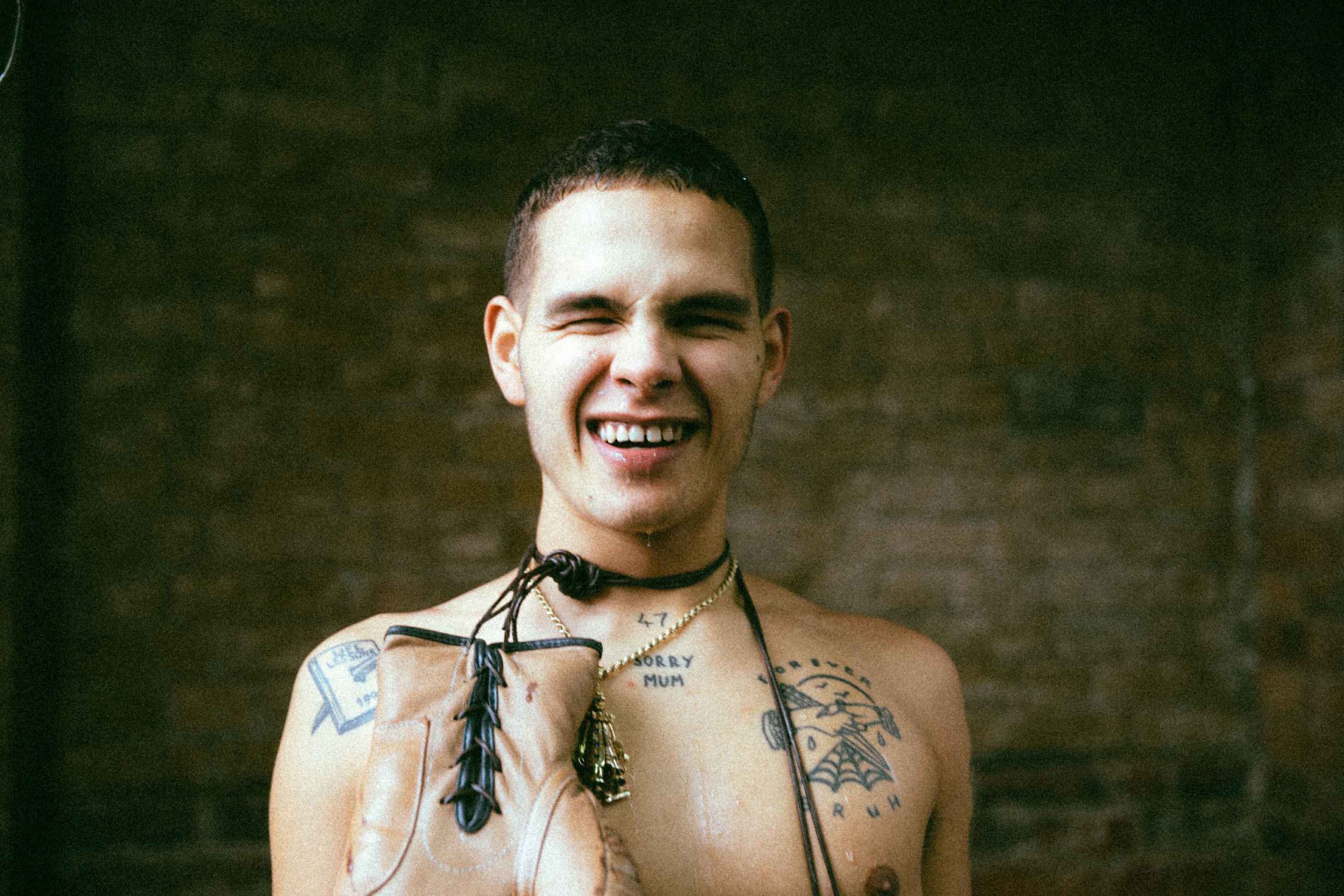 We are lovin Slowthai – Nothing Great About Britain [Album Review]

Slowthai is a once in a generation artist who is unique from the first glance. A Northampton cobbler as refers to throughout the album. He’s outlandish, brave whilst not afraid to admit his vulnerabilities. His social commentary expertly shines a light on the struggle of the working class.

“Nothing Great About Britain” is hectic and fast paced, dripping nostalgic with its drum & base tinged production. Slowthai, sets his agenda early with his assaults on the monarchy & the music industry. “ I’m a product yeah they made me / I wear chains like grandad did in Slavery.” Before wading in on the industry for trying to constrain his creativity.

“Doorman” is a interesting swing as he takes the more mature listeners back to the early punk rock era of the 70s & 80s. It works for the rapper as he is comfortably adapts his style to literally kill this one. You feel as if you’ve been catapulted into the craziest of gigs with it all going off.

“Dead leaves” finds Slowthai back in the grime lane as he uses the metaphor of dead leaves to describe those folk in his life who ain’t good for him no more. Told over a bouncy yet aggressive grime production that allows the rapper to lay down his principles as he spits “To many liars, I don’t trust no one/ done walked through fires barefoot no socks…”

“Gorgeous” is simply that. The production oozes nostalgia with its elegant synths and violin riffs. Slowthai drops bars that delves into his past as he spins tales of his youth. His oratory abilities allows you to be walking the Northampton streets with him. The interlude at the end of the track will warm the heart of any Liverpool football fan. The way he tells the tale is genius alone.

“Crack” is a melancholic in its production as it complements his somber delivery. Crack is a metaphor for his disastrous love affair. That although enticing with tremendous highs ultimately it ends with unprecedented lows.

Grow Up is tense with its gritty production. Slowthai shows he’s a serious lyricist as he tells the story of creating his own future and chasing his dreams. This ain’t no child’s play as he spits fire “before I was bummy, I had to get money, entrepreneur, sell wraps to a mummy.” Jaykae, ups the stakes with a visceral verse that illuminates his status as one of coldest rhymers in the game.

Inglorious takes on a rapid pace with threatening 808’s and chilling chiming undertones akin to a death scene in a horror flick. Thai presents his ability to weave zany narratives whilst showing his love for 80’s pop culture with an insane metaphor relating to the movie Trainspotting. Skepta comes through like that force of nature that he is in the second verse to add star quality to this soon to be banger for the masses.

The deceptive Toaster has a mellow old school garage vibe. Only for Slowthai to deliver hardcore bars that critiques the way authorities have set their agenda against some sections of the youth. Another example of how the rapper shows that precious ability to be unpredictable.

Piece of Mind is immense in the way it flies out the box. It feels like an early Mike Skinner track with its infectious production and energy. Slowthai displays his story capabilities as he illustrates the murky environment and destitution on those who inhabit the space.

Again Slowthai continues his innate social commentary on Missing. It’s desolate in its constructs as you hear his exasperation as he spits. It’s brilliant the way this works as a sort of self therapy as he dissects his internal being. It’s strong stuff as he raps “Who am I? What do I stand for? Tell myself I need to be a man more / man up as your handcuffed / lost from pampers..” the somber production sets the mood for this one nicely.

Northampton Child is Possibly the most revealing of his songs. Told over a violin tinged grime backdrop. Thai spits at a frenzied pace as he articulates his poor upbringing. Pivoting between the anger of his disappointing step dad to the pain of losing his younger brother. It’s this kind of vulnerability that really engages you with the rapper. The way he ups the gears verse to verse is a thing to behold.

Anthem is a good way to describe Drug Dealer. It’s the sense of madness that the fast paced production produces as Slowthai zones on this. He mixes bravado with insightful observations of current climate in Great Britain. “Buisness man, I don’t business man, minding my business I got business plans, your foundations are built on sand…” it’s on the second verse that really memorable as he channels the spirit of Dizzy Rascal as goes into a memorable repetitive ramp about change.

A change of pace on North Nights as the murky production creates a claustrophobic setting. You come face to face with the rappers reality post rap breakthrough. He’s at his most visual as he spits “I write novels like man was an author/and I pray this summer is scorcher/ I pray this summer is a heater/ kick ball school man like it’s FIFA.”

Race is dealt with intelligently in Rainbow. Over an intense hip hop beat shaded with somber melody Slowthai shreds the idea of supremacy based on race. The other experience is articulated as he spits “what am I to do won’t hire me but will hire you / fire me but won’t fire you / lock me up but not boxing you.”

The charming Ladies has a laid back grime melody. It allows Slowthai to drop philosophical gems on living your best life. It’s also a salute to women and how important they are. This illustrates his maturity as the album reaches its latter stages.

Polaroid is a pulse racer that hits hard fast. His astute lyrical positioning in line with the urgent, heavyweight weight bass laden production. His confessional delivery is spell binding as he drops diamonds lines like “couple times I lost myself, couple times chilling with skets / couple gave em the world, just to get my dick wet.”

T N Biscuits allows Slowthai to close the album out in rugged style as he reminds listeners that he’s far from main stream. He also uses this track to show it’s hard to draw any comparisons to anyone out on the scene currently. Over a slowed down atmospheric choppy rhythm he’s absolutely ruthless.

This is a bright young rapper with streams and streams of creativity. His humour and creativity shine throughout the album. Far from just being grim it’s as finely textured as well kept Afro hair. 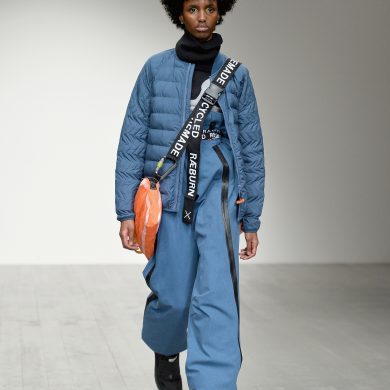 #LFW IS A GO
We use cookies to ensure that we give you the best experience on our website. If you continue to use this site we will assume that you are happy with it.Ok