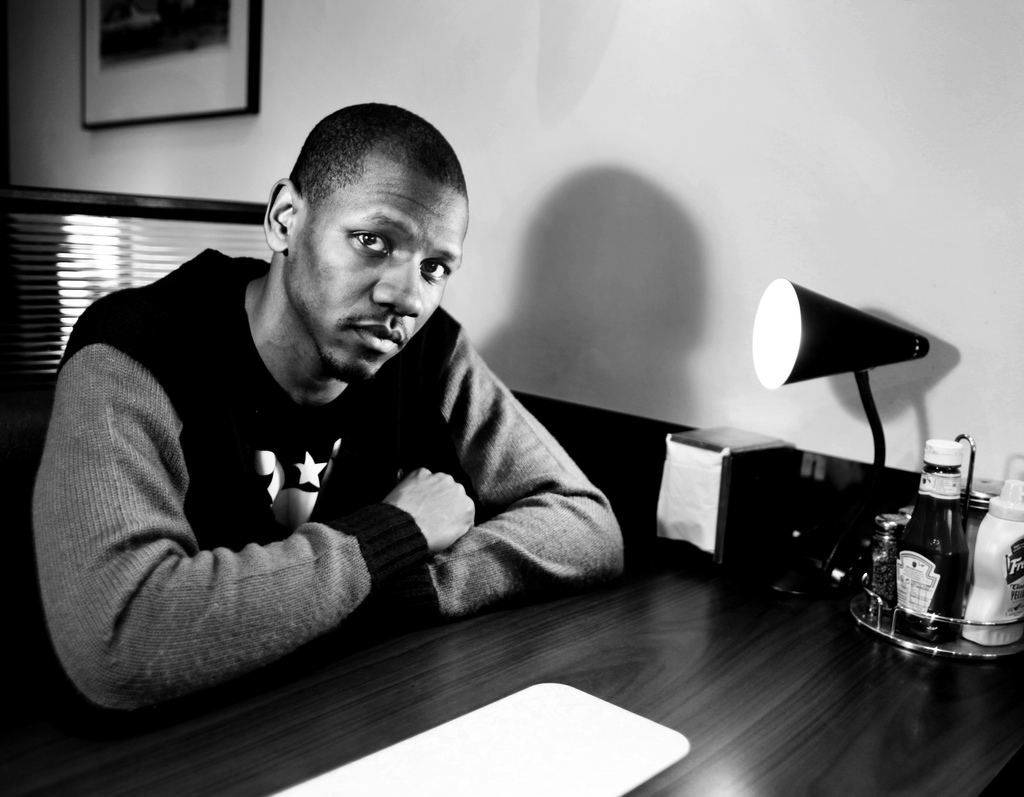 Peckham based rapper Giggs aka Hollow man / The Landlord is the personification of resilience in the face of an all-out assault. The gate keepers didn’t understand him and the authorities mainly the Met Police did all they could to block him from rising up. It’s well documented that he’s had to fight like Tyson in his prime to be given the respect he deserved from day one. From the off he’s been innovative with his creativity. Birthing the now common catch phrase “Jeeeeezze” which he brought to the masses on the 2008 track ‘Talking the Hardest.’ That track was off his much respected debut album ‘Walk in the Park’ also in that same year. Fast forward 11 years and Giggs has released album #6 in the form of ‘BIG BAD’.

It’s safe to say that he’s kept up the tremendous hunger and enthusiasm and gigantic visions that he really started to articulate on  2016’s ‘Landlord’ and also 2017’s ‘Wamp 2 Dem’.  Giggs left big Footprints with records such as ‘The Blow Back’, ‘Whipping Excursion’, ‘Lock Doh’ and ‘Linguo’ to name a few. On this new project Giggs continues on his upward trajectory as he displays more polished technical skills to match his very distinctive flow.

The features on this new album are quite frankly BIG and BAD as the likes of Jadakiss, Swizz Beats, French Montana appear. This is before we start to talk about the UK based artists such as Labrinth, Ghetts and Wretch 32.

‘Great Collectives’ finds Giggs opening up in calm and cocky fashion as he articulates exactly where he is right now as he spits “Papes collected, they could offer mills but I stay selective, They could offers deals that just ain’t respective.” Gashi rams home Hollow Mans point as he emphatically sings ‘Made it the block, I could never stop / fuck the cops I’ma catch op.’ It’s set the scene for the rest of the album in the best possible way.

‘Set it Off’ is a ride out track as it immediately shapes to take you on a journey. With its quizzical synths that are a constant during the song. This sets the tone for his unique rap commentary as spits bars like ‘ Man stepped out like woah, like I’m meeting the parents, dealt with that careless, deal with that fearless /  taking that serious, I ain’t taking that serious / You went there before with your man this a different experience.’ The production is simplified and it works well to allow the Landlord to display his rhetorical abilities beautifully.

‘187’ finds Giggs in rampant mode as he truly brings the fire on this one. The production itself is full of snarling menace with its sinister rolling baselines accompanied with its manic underlays that gives him the perfect canvas to paint. He opens up on tightening his circle after being stabbed in the back. It’s Giggs at his most authentic as he really brings an intensity that he’s been known for over the last 10 years.

“Baby” Giggs continues his hit making abilities on this as he finds that hypnotic knock with the production of Fanatics. They craft a cheeky playful rhythm that creates the platform for Giggs reel off suggestive rhymes like “Hello baby, don’t be so parow baby, don’t be so shallow baby, you get the wheelbarrow baby.” This is made for the clubs and bound to ring out all summer.

“Spun it” starts off at a frenetic pace and the productions gives you that intense meaningful feeling. This gives you another slice of Giggs pure power and will as he makes it clear in the hook as he sings “Who run it, who done it, who spun it, who son it.” It’s a declaration that he’s on top of his craft after turning the negatives into positives. It’s powerful stuff that you can’t help but applaud.

“Mic Check” is Giggs at his most lyrical as this is for the hip hop purists as none than Jadakiss appears to give us some golden bars. Hollow has confessed to being a diehard D Block fan so this collaboration is like a dream come true. He doesn’t let us down as he spits “Bang the shutters, grab the cutter, bag of nutters, even when riding make sure the bread got buttered.” It’s one for the real rap fans and again displays Giggs impressive pull and star power if anyone doubted it.

“Show Me Respect” catapults us across the Atlantic as the production feels like something akin to 9th Wonder, with its spiritual echoes intertwined into the soulful sample. The distinctive hard hip hop beat gives it a healthy contrast. It truly allows Giggs to just breathe on this track with lines like “Big swing I ain’t about the wickets, show time I’m selling out the tickets / always gassing, all these follow fashions they just follow fashion.” Hollow man is just flexin on this one this with consummate ease.

“Talk About It” is a complete zoner as Giggs takes us on a sun drenched vacay as he shows his experimental side as he turns crooning his way through with melodies like “Had to rise up, then I rose out / now I tell Clark get the rolls out, sunny beaches with my toes out.” also featuring Theophilus London who brings his best also. Hollow man shows he has a few other gears and the chilled out production really does fit his selective narrative tone well.

Arguably the absolute stand out track on the album “Don’t Go Hungry” guest starring a seldom seen Labrinth who’s in outstanding form. The production is stellar with its cinematic backdrop and whole thing feels so expansive and imaginative. It stirs with emotion as both artists put their soul into this letting the ladies know that they will never go hungry for anything if they roll with them.

Giggs goes back to the tough concrete on “Run Me Down” as shouts out Ghetts to lace him with a rugged verse and he doesn’t disappoint. As he spits bars like “Lets play a game called who the fucks madder, Knife work doing up bladders / right turn too many cameras, turn back hiding my face like I’m moving embarrassed.” This straight gully with its intense production that captures the manic London streets.

So What festival is everyone ‘Ravin’ about this Summer ….The Endz maybe?

“Nostalgia” does exactly what it says on the tin as Giggs reflects on his come up and the volatile circumstances that surrounding him. It’s almost a diary account as the hook speaks for itself “Cocaine there was plastic, there was cash there in elastic, it was drastic, it was cash flips / now its rap shit, now I smashed it.” Lil Yachty turns up and delivers some quickfire lines and definitely ups his stock as lyricist for those who class him as simple mumble rapper.

“Hold up” pitches a hybrid production that mixes hip hop with a slice of grime. What we end up with is a pulsating platform for Giggs and his star power guest French Montana to craft another ride out track that works best when you’re in the gym or on a movement ting. Same can be said for “You Ain’t” that finds Hollow calling out those who do a lot of talking without backing it up. There’s a power about this one as it’s tough as nails texture will have you bang out an extra 20 minutes of graft of whatever your doing.

“Who” is the Landlord showing us who exactly he is as he crafts narratives that reminds us of his character and integrity? Again he shows his creative side as he’s in melodic mode again as he sings throughout but still maintains his essence. “Turnt” is a declaration to the streets as he gives us greasy bars that articulate his whole mantra of being unapologetic in his convictions. It’s almost an Interlude that carries that sinister intensity that forces you to listen.

“Terminator” is built up of movie making proportions. The production is by no less than Swizz Beats. It’s on a tracks like this that you just have to stand back and admire exactly what Giggs has accomplished. He saves his best Lyrics for nearly last as serenades us with exemplary bars like “Roll in the convertible to early Jada, watching a couple movies burning data / On my early bird to get that early paper / Burning weed we ain’t burning vapour.” Second thoughts this might be the standout track on the track after all.

Giggs gets Wretch on his rap shit on “GWOP Expenses” as he shows he’s got levels as he stands toe to toe with one of the best to ever to do it from UK. The production is fast paced and dynamic and sets the scene for the two rap juggernauts to really solidify their legendary status quite emphatically. So many one liners you got to rewind to catch the gems again and again.

All good things must come to an end and “Shade” is a beautiful way to do it. The production is akin to a sunrise as it evokes that curtain closing moment magnificently. He’s is reflective mood as he muses “So many vultures, so many roaches, so much nonsense, so many coaches.”

Giggs really has been through it and this is the best so far from him. One of the best albums so far in 2019. Every feature feels seamless and not forced in every way and with this guest heavy project it’s a revelation in itself. 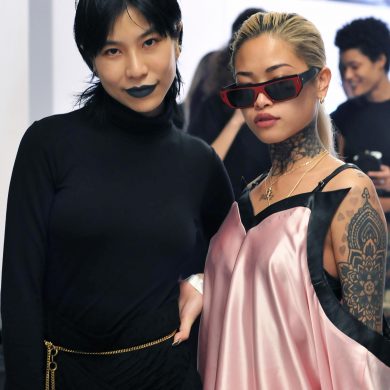 Jenn Lee AW20 LFW debut – The Wild Woman Awakes
We use cookies to ensure that we give you the best experience on our website. If you continue to use this site we will assume that you are happy with it.Ok