Harlsden can salute to one of their own as with the release of Third Avenue the album from rapper Fredo. The title is named after a lively part of North West London which shaped the formative years of the young rapper.

“Survival of the Fittest” sets the tone with its urgent documentary style production that’s helps to allow Fredo articulate his ascension from the block to the top. “Morning” is a booming upbeat declaration that the rapper is constantly on his grind at the time of the day whilst noting all the shenanigans that go on that time in his neck of the woods. “Mmhm” Is scandalous in its conception as Fredo is at his most honest about the way he handles his business with the women. Whilst never missing the opportunity to give context to his actions. As he spits “Now I’m missing her on facetime, but I told her I would take time, It wasn’t given I had to take mine.”

Undoubted club banger “Money Maker” is an appreciation piece towards all the women who’ve entered his life. It also works dually to allow Fredo to detail his hustle that is born somewhat out of his ambition for money making salacious admirer. “Pray for You” cuts straight to the bone as its out the gate fast as he spits “Oh you telling me I changed on you, just cause you got ain’t got no change on you / the blames on you.” It’s the stirring production in part with Fredo’s passionate lyrics that transports you into the mindset of the Harlesden native. Fredo shows his growth on “BMT” as he unswervingly gives us a clear insight into his lifestyle “I’m in a G wagon vanishing, big man truck all n***** attracting is them big back sluts.”  Again the production is fast paced and sits perfectly with moral of story on this one is man up and do your thing.

“Property Picking” is Fredo at his most defiant as he calls out the disproportionate difficulties that he faced on the come up. The Met take a battering as he claims they really want him “locked and prison.” He highlights his time in the street where he did what he had to do before being in position to be Property Picking. This album stands out for its lack of features but “All I Ever Wanted” featuring Dave is a biggie. It’s an honest depiction of life when you go from the roads to success and the evitable changes that money can have on you and those around you. Dave captures this eloquently as he spits “Nah, I live life on line / Bro, I feel like I’m fighting’ with time / For myself, I wish time, it could last / But for myself, I wish time it could fly.”

From its intro “It’s like” feels like a diary entry as Fredo opens up on rap not being planned whilst reflecting on the way he plans to help his people who are locked down by a one sided system.The production gives you that documentary feel with its piercing siren overlays. On “They Don’t” Fredo goes in on matters as far reaching as those who let him down when he was in prison. To women who are more interested in his money than him. His lyrics are laced with a sinister searching beat that adds to the general melancholy mood.

Fredo shows his depth on “Love You for That” it’s that conversational rap style that Fredo nails as this plays out like a letter he’s writing to his mum. Everything from dropping out of school to disappointing stints in prison. This is growth as he’s able to say he’s sorry whilst he’s alive. The production conveys his heartfelt lyrics full with its emphatic baseline and symbolic chords. “Third Avenue” plays out like something you can smoke or sip something too. Fredo is accompanied by a wispy backdrop that allows Fredo to give a number anecdote about his come up in the ends. He spits “when I was just a teen, I swear money was just a dream / I’ve been running on the street since a young’un with a tee / I stopped going school early just to go home late, when your living in the trap house you don’t go home safe”. Effortless storytelling with honest candour is Fredo’s whip and he drives it with confidence.

Whilst lacking in cosmic thought provoking lyricism. This is a thrill a minute piece that takes you deep into his myriad of worlds. Cleverly his tracks are quick and snappy this helps to keep you interested then it’s onto the next one. Strap up and hold tight it’s worth a listen as this brash young chap hits hard like one too many vodka shots. The production absolutely sits with his rhyme style and cadence. 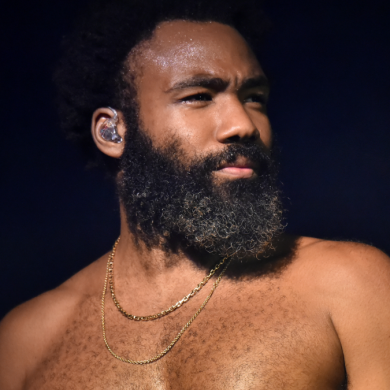 Childish Gambino’s Latest Album, 3.15.20, is New Flavor For Your Ear
We use cookies to ensure that we give you the best experience on our website. If you continue to use this site we will assume that you are happy with it.Ok